Here’s a win-win for you. The team over at Tasty Minstrel are going to donate $500 worth of toys for every 1,000 Facebook fans they get. Meaning people clicking “Like” on their Facebook page.

The Toys for Tots program, which this campaign helps up, is an US venture started in 1947 by Marine Reservists. They collect new, unwrapped toys in the run up to Christmas and then hand them out to children in need.

Tasty Minstrel’s product range include Belfort, a game in which elves and dwarves try and built up the city, Eminent Domain, an empire building game set in space, Homsteaders, an acution and resource management game set in the 1860s and others.

Eminent Domain was helped along by Kickstarter and last month Michael Mindes, of Tasty Minstrel, shared some of the stats. It showed that much of the money for a KS project comes from the smallest and highest tier; with less in the middle. Interesting stuff for anyone else considering a KS funded project. 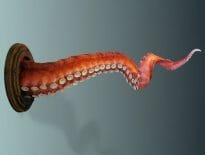