Third Eye Games has announced a Kickstarter for H.P. Lovecraft.

Geek Native reached out to owner Eloy Lasanta and asked whether the game would feel more like Cthulhu or the shenanigans of a certain boy wizard. This is the response;

Good question! HPL Prep has all the schooling and fantasy feel, but instead of students whipping spells and wands around, you can instead be a mad scientist or even a mutated hybrid. Instead of finding secret chambers, you’re instead uncovering mysteries involving the school with hallways that are never the same and the dark dungeons that hold secrets no one should ever discover. It feels a lot less like the creation of a hero, and more like “surviving school is HARD!” The players’ character are definitely still the stars of the show, however, and we have a lot of cool mechanics to create the school you want to go to, as the faculty can shift vastly from game to game. Lots of fun!

The Third Eye Games’ site describes the game as one in which you will uncover conspiracies, deal with bullies and uncaring professors, escape from horrible monstrosities and prepare for exams.

Jeff Zitomer has written the game and is ‘divergent from the PDQ system’ as it mixes in new things to bring the strange school and its students to life. As it stands at the time of writing the core PDQ rules are free to download (PDF link) from Atomic Sock Monkey Press. 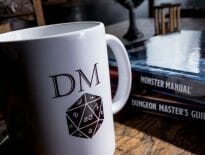 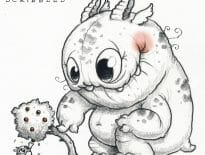