Fans are saying the latest edits to Star Wars cost Lord Vader his dignity. In case you’ve been able to miss the outcry Lucas are releasing yet another version of Star Wars for you to buy all over again. What’s changed? They’ve “fixed” the sound – although other visual changes, like adding blinking eyes for Ewoks, are supposed also to be included.

Many people are just unhappy that their previously complete Star Wars collection has been made incomplete. Others are certainly annoyed at some of the script changes. The video below uses the old footage and claims to sync up the leaked audio clip from the new. You do have to be careful of anything “leaked” but here goes; 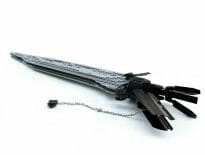