Many moons ago, before there was Geek Native and this blogger was running the “prequel site” GameWyrd one of the most popular news stories on it was White Wolf trying to sue Sony over Underworld.

Seen the original Underworld? Is it rather like the World of Darkness. White Wolf even had a clan of assassin vampires with the nickname Death Dealers.

There’s no reason for Kate Beckinsale to be caught up in all that, but in an interview with Shock Till You Drop she says that it was originality of Underworld that helped it take off – and that the others have copied it.

I think one of the things that I am really proud about Underworld, and obviously Len [Wiseman] is more proud of since it has more to do with, is that in this era we have it is very difficult to get a movie made that isn’t a board game, a sequel, or a comic book. Even if it is an obscure comic book, it just seems easier to get that made if it already exists. Underworld really was something that was hatched up on Len’s apartment couch. They definitely worked really hard to create a real sense of history and a mythology that was very personal to this movie. So there wasn’t garlic or crucifixes. It was a new take on it and it did appear to precede this sudden massive explosive of vampires. I feel like I am the grandma of vampires now. At the same, there hadn’t been vampires and werewolves in the same movie.

We’re back talking about Underworld because Kate Beckinsale is back playing the Assamite Selene in the next film Underworld: Awakening. It’s all gone a bit pair shaped. Somehow, just somehow, the humans have noticed the vampires and lycans – and it’s war. 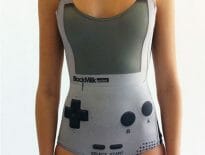 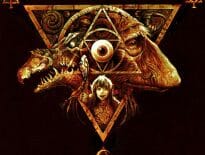