We have the PDF for Caladon Falls and have had it for a while. It’s popular, scores an average of 4/5 on RPGNow and has generated a lot of “Can we have it print?” requests.

This Indiegogo project is to turn the electronic Savage Worlds supplement from Savage Mojo into a 750 issue limited print run.

Caladon Falls has always been a high art supplement. Even though the PDF comes with a print friendly version I can understand the urge some gamers might have to get their mits on a physical copy that’s more advanced than the average home printer. If this Indiegogo project is successful we’re looking at hardback books.

There are some fairly big names associated with the Caladon Falls print project too; Aaron Acevedo, the former art director at Pinnacle, Phil Brucato who’s witten for Mage: The Ascension, Jason Engle who’s worked on both D&D and Magic: The Gathering as well as John Wick who created L5R, 7th Sea and the Houses of the Blooded. 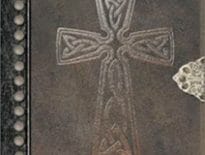