You are here: Home / Games / Console / LoTR War in the North: Combat trailer

This video from Snowblind is all about the combat in the Lord of the Rings action RPG “War in the North”.

The concept for the trailer / documentary is pretty simple. The Snowblind team argue that in the Lord of the Rings book combat was pretty brutal. The War in the North is supposed to be dark and gritty. As a result they get to produce a video showing lots of decapitations and dismemberment.

Is War in the North tempting you at all? Would more gore make it even more tempting? Less tempting? The game is due for the PC, Xbox 360 and PS3. 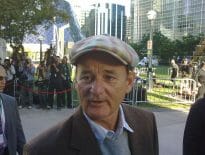 Movies Bill Murray signs for Ghostbusters 3 and 4 –…
Online Shows Legal anime streaming in the UK
wpDiscuzComment Author Info
Manage Cookie Consent
This site uses cookies 🍪, and links are ads that may earn bloggers some money 💰, and with this alert, I very much hope that these dark truths 🧌 are acknowledged.
Manage options Manage services Manage vendors Read more about these purposes
Preferences
{title} {title} {title}