You are here: Home / TV / Online Shows / Legal anime streaming in the UK

Frustrated at how hard it is to get your hands on legal anime in the UK? Annoyed that the DVDs hit the shelves many years after the movie or series has been shown everywhere else? You’re not alone.

Step in Anime on Demand. Yeah. Wait. I know this blog post is going on April Fools day but news of AoD broke yesterday. It looks like an effort from Kaze and the Anime News Network. The point of the site is rather clear – legal anime streaming in the UK.

On the anime forums Reaper gI speculated that, if it was a colaberation between the two, we would get access to the Viz streams always available via Hulu in the States and Kaze’s French licenses. Good guess. Kaze_Andrew, based in Glasgow, replied to say that this was something entirely new and there would be more details soon.

I had to reassure myself that this wasn’t an April Fools’ joke that leaked. Heck. Maybe it is! The brand is tricky. I work in digital marketing, my brain thinks like this, but I think they would have been better off picking a brandable name. It’s not like in the days when the Anime News Network launched where a domain that said what you did was vitally important.

Legal anime streaming in the UK 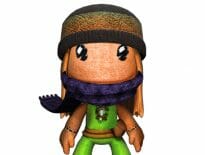