You are here: Home / Movies / Bill Murray signs for Ghostbusters 3 and 4 – as a ghost? 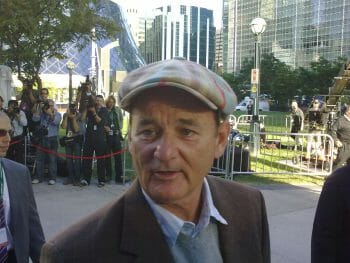 Murray is still insisting on taking the Peter Venkman in a new direction. There’s speculation on the web that Venkman may actually be a ghost in the movies. In an interview with Popeater, Ivan Reitman said;

“Bill had a lot of say in how Venkman would return to the screen. He’s really excited to take the character in a new direction”

This may sound cool but it would also suggest that Murray may only play a supporting role in the movie.

It’s likely we’ll see new ghostbusters in the team too. Plots for both Ghostbusters 3 and 4 have featured the team training a new generation of, well, younger, ghostbusters!

Awesome! But no ofense Murry. The whole ghost thing is kinda stupid…=<

You should consider the reliability of your sources, especially when the ‘news’ is posted on April 1st.

Bill Murray signs for Ghostbusters 3 and 4 – as a ghost?