Here’s one for the books. Two Japanese men, one 35 and one 36, have been arrested by police in Niigata Prefecture in Japan for trying to sell a modified anime figure on eBay.

It is alleged that the two anime fans have breached Japan’s Copyright Act by trying to sell the altered Kamen Rider W figure without permission from Toei. Toei is the film company that owns the Kamen Rider W license.

One of the men has allegedly said that they thought the sale of a single, handmade figure which wasn’t a knockoff of any of the mass-produced figures, would be overlooked.

Kamen Rider began in 1971 with a TV series about college student Takeshi Hongo and his desire to fight the Shocker group. The original series produced television and cinema sequels and created the Second Kaiju Boom in the early 1970s, impacting superhero and action-adventure genres in Japan. 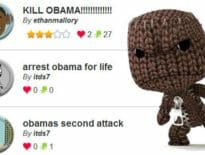