The final RPG Spotlight winners of 2020 are Thought Police Interactive. What a friendly bunch.

Geek Native reached out to the Thought Police after Patreon backers voted for them and I’m glad I did. I felt looked after! Shouldn’t it have been the other way around?

Thought Police’s website says “Weird Roleplaying Games and Storygames” and please do take the time to browse their catalogue to see if you agree and if it appeals to you.

Also, if you have time check out the fundraiser on the site. As Geek Native wrote up in August, the small indie has been selling games and raising money to help out one of their own.

An introduction to the Thought Police

Who are Thought Police Interactive?

Is there a story about the studio’s name? Is it kinda ominous?

Peter: One of my early badly designed games was about playing thought police realizing the horror of what they do. That’s an evergreen development concept that we never quite got right. Hopefully we’ll get that into a workable release someday. That turned into calling my playtesters “agents” and issuing “secret directives” (playtest material updates). Even though the title is in development hell, the name stuck.

Which game do you think Thought Police is most well known for?

Jim: It’s not a game but the Motif Story Engine, which is a solo and no prep roleplaying toolkit. Like a GM emulator. It is our strongest bestseller and generates the most interest. For games, NEVER Stop Smiling is the one that makes a big impression on people. It is a post-apoc weird fiction world where humanity survives a warped landscape and mutant animals in walled metros. It is set in The Happy Place, where death is only temporary and always smiling is the law.

You do also have a game about uplifted awakened turkeys. How did that happen?

Peter: I was being silly with my partner making gobble noises. Add in a combo of inspiration from D&D chicken memes and South Park episodes with a dash of Planet of the Apes and David Brin. It struck me all at once.

Speaking of Gobble. Gobble! GOBBLE! I notice it’s a Pay What You Want, but people get your next two games free if they pay more than $10. It would be awesome if DriveThruRPG had an innovative system to facilitate that, but I don’t imagine that they do. Does it create a lot of admin?

Peter: That was a serious pain and we will never do it again. However, selling bundles with subscriptions works well because we can track the fulfillment a lot easier. Export a CSV of the sales. Send full discount coupons to the customers. Only issue is some customers don’t allow DriveThru emails. They need to contact us with their customer number to ask about their titles and give us an email.

What does a good game need to do for you?

Jim: Give me interesting choices and new things to explore.

Liv: Really like out there ideas. Want something different.

What would you like Thought Police to be known for?

That time with the helicopter…

How much of a role has LARPing been in shaping Thought Police?

Peter: Massive. The White Wolf LARP scene was a long-term experience for me, including a lot of years on staff. The Motif framework started off as an aid for “LARPletop” duo and trio games. That legacy can be seen in the rock-paper-scissors conversion still included in the story engine. My first big game/property was diceless and run as a set of LARPs.

Jim: It is weird that we do not make diceless and LARP products. I never thought about that. Arthur’s Legacy LARP is how Liv and I got so involved as playtesters and later as part of Thought Police. That game and its LARPs are how we got our big playtester pool.

Few gamers I know have provoked a five cop car and a helicopter response. Can you tell us how you managed that?

Liv: Complete misunderstanding. LARPed on a farm twice a month. Had about 50 or so people coming out. Which was a lot of traffic for that road. Neighbor called the police. There was an active investigation it seemed like it might be part of. Helicopter started going back and forth. Then all these cop cars pulled right into the field on both sides of us. It was scary! We all stopped. Few cops came up with their guns out and asked some questions. It was over fast. They were amused by us just gaming. Suggested we send out letters to make sure neighbors on the road know. We met and made peace with the retired man who called the police. Even came out in costume to cook for our in-character feasts.

Lastly, you’re running an important fundraiser. Could you tell readers about it and how to take part?

Peter: It’s been… not a good year for me.

Jim: The rest of us have a fundraiser to help out Rev. Casey. His partner has had multiple hospitalizations this year. He has had seizures and other neuro symptoms going on. His partner is back in the hospital again. Life is overall slapping them around. We want to make sure they can achieve some stability and have the extra support they need to get through this difficult time.

People can learn more and contribute to our fundraiser: Help Our Designer Through a Difficult Holiday Season.

They can also buy things from our catalogue: Thought Police.

Thought Police Interactive are exclusive to DriveThruRPG and we can sort their catalogue to show the most recent publications.

Thank you so much for this spotlight! Love from all of us at Thought Police. ❤ 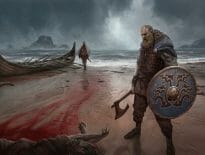 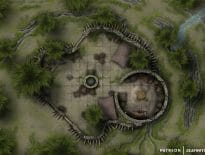