A poll carried out by Brand Republic’s Marketing magazine of TV adverts placed the Jedward ad from Nintendo among the most annoying ads of the year.

The ad, produced by Karmarama, came in at 7th place just behind the Foxy Bing ad and just ahead of the Moonpig.com ad. Gocompare’s annoying opera singer ad series easily took first place  most annoying ahead of the webuyanycar.com ad.

The survey company TNS was commissioned to run the poll and they managed to survey 1011 British adults aged between 16 and 64.

This is actually the second year in a row Nintendo’s ads have ranked in the “most annoying” poll. Last year 25% of respondents disliked Nintendo’s DS ads. Even the one featuring geek hero Patrick Stewart. 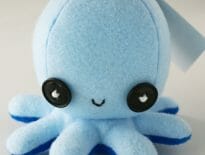