You are here: Home / Games / Games Workshop heading for trouble; turning around the turn around

Games Workshop has had a tough few years. However in recent months the news has been much better. The cost cutting had worked and the company had seemed to make the right bets. In July it was reported that revenue was up nearly a million to £126.5 million.

The news today, however, is not so good. The morning’s business news has been dominated by large UK retailers who had a tough pre-Christmas. There’s speculation as to the long term future of HMV. Tucked away in the same news is a warning from Games Workshop to city investors that the business was likely to miss the expectations it had earlier given the market.

Games Workshop say that sales were down 4% in the first half of the year to November 28. The company blamed the drop was due to “difficult trading conditions”. The good news is that costs remain under control and Games Workshop still has cash in the bank.

Games Workshop heading for trouble; turning around the turn around 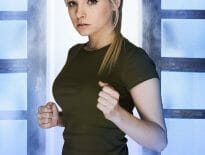