You are here: Home / Games / GAME promotes social media gaming at the BAFTAs

I don’t mind admitting that my current social gaming fad is the Facebook game Endless Chaos. Given that half of Facebook’s 500m users actually play social games I suspect I’m not the only one to sink some minutes into a social game.

It makes sense that the BAFTAs – that’s the British Academy Video Game Awards – would create a new category under the Video Games Committee.

“The rise in popularity and sophistication of social media gaming has been meteoric. It is only right to recognise the hard work, fantastic creativity and great success being demonstrated in this new area of the industry. As a result, BAFTA is very proud to announce the new category of Social Network Game as part of the upcoming Awards.” 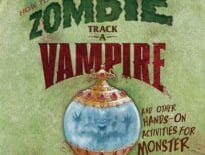