Square Enix have a bit of a PR issue on their hands with Final Fantasy XIV.

Suspicions that the game was written for the Chinese market came to the fore with Chocobos being re-named “Horsebirds”.

Chinese characters had been popping up in the Japanese version of Final Fantasy XIV. Typically, Square would be mixing English with Japanese rather than Japanese and Chinese. Some of the choices of words/symbols to do in Chinese raised suspicions that the game had been developed in China and gone through a bad translation job.

The poor chocobos got caught up in the mess. They were named in Chinese with two symbols; one for “horse” and one for “bird”.

Square Enix have since backed down and re-named the Chocobos into their more familiar name. Hopefully we won’t be having any more horsebirds nonsense from them.

Interestingly, Chinese law insists that MMOs have a fatigue system. Does FF XIV? Yes. Absolutely and rather strangely for a Japanese game.

The debate will run and run. 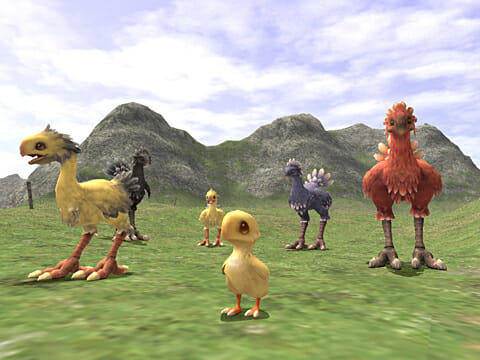