You are here: Home / Books / How to Trap a Zombie, Track a Vampire, and Other Hands-On Activities for Monster Hunters: A Young Wizards Handbook 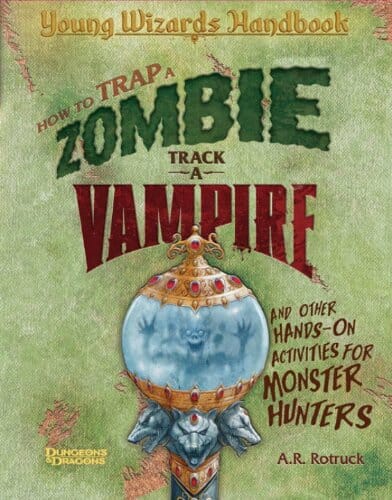 Wizards of the Coast issued a press release today to highlight their Dungeins & Dragons book for young readers called How to Trap a Zombie, Track a Vampire, and Other Hands-On Activities for Monster Hunters: A Young Wizards Handbook.

The press release is timed for Halloween but the book itself has been out since September. It should be easy enough to find.

Wizards’ PR piece suggests the book contains hands-on guides on how to defeat monsters; how to distract a goblin and how to battle a medusa. Arts and craft play a significant part here. Expect kids to be cutting things up and gluing things back together and trust the book not to recommend that either the glue or the scissors would make do as a weapon themselves.

I’m pleased that WotC are doing something for Halloween. It should be an easy time for them and I think the emphasis on the young readers is correct. The RPG hobby needs to recruit young blood and the Hasbro-owned WotC is far better suited to do this than say White Wolf or Steve Jackson.

As the press release points out, How to Trap a Zombie, Track a Vampire, and Other Hands-On Activities for Monster Hunters: A Young Wizards Handbook is a good alternative to computer games and a possible solution to reluctant readers.

Well, I think it’s one great book, if I do say so myself. ;) Thanks for the review! FYI, people can enter to win a copy of Young Wizards Handbook here:
http://amieroserotruck.livejournal.com/160363.html

Always great to have the author stop by and say hello. Hello! Are you writing anything else for Wizards? You’ll have to keep us on the inside track for any future RPG related books :)

How to Trap a Zombie, Track a Vampire, and Other Hands-On Activities for Monster Hunters: A Young Wizards Handbook 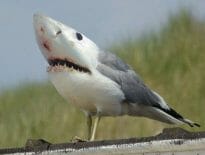 Art Sharkgull does not want to be your friend
Games GAME promotes social media gaming at the BAFTAs
wpDiscuzComment Author Info
Loading Comments...