You are here: Home / Movies / Will David Tennant and Spitelout be in the How To Train Your Dragon sequel?

There will be a sequel to the hit How to Train Your Dragon but we don’t know what it’ll be called and we don’t know if David Tennant will return for his small role.

In the original, the Scottish actor and Doctor Who star played the character Spitelout. The role was so small that this blogger isn’t even sure which viking Spitelout was.

Dreamworks have announced that there will be a How To Train Your Dragon too. It’ll be created by Dean DeBlois, Chris Sanders and Bonnie Arnold and it is expected to be based on the book series by Cressida Cowell.

“Nothing could be more exciting for me than being charged with carrying this story forward, into the unknown reaches of Hiccup and Toothless’ ever-expanding world.

Ambitions are high with this epic next chapter, and together with an incredible team of filmmakers, we plan to build upon How to Train Your Dragon’s originality, boldness and heart, in hopes of once again touching audiences around the world.”

The next book in Cressida’s actual series would be How to Be a Pirate which does feature Hiccup and Toothless.

It’s hard to see the Hollywood folks being entirely happy with that. Where’s the word “Dragon” for example. Surely it’s dragons they want and not competition with Pirates of the Caribbean.

The sequel, of course, will be that much harder since the film adaption of the original How to Train Your Dragon made changes to the personality of the characters. You wouldn’t imagine Toothless as very much of a coward, would you?

Will David Tennant and Spitelout be in the How To Train Your Dragon sequel? 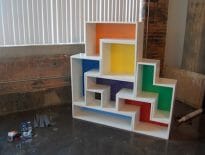 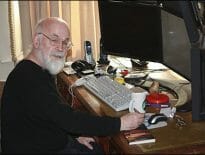