Sir Terry has forged himself a sword from 81kg of ore that he dug up and smelted in the grounds of his own house. He used his own makeshift kiln – a clay built kiln that was fueled with damp sheep manure.

Terry Pratchett decided to create the sowrd after being knighted by the Queen. 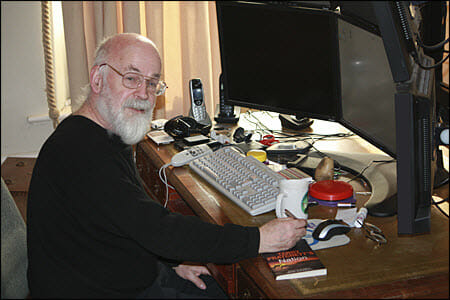 And the meterorite content? That came from Terry too. He said he had added;

“several pieces of meteorites — thunderbolt iron, you see — highly magical, you’ve got to chuck that stuff in whether you believe in it or not”.

The author, who’s suffering from Alzheimer’s disease and who first published pictures of his sword in a very personal post about the death of his mother also said;

“It annoys me that knights aren’t allowed to carry their swords. That would be knife crime.” 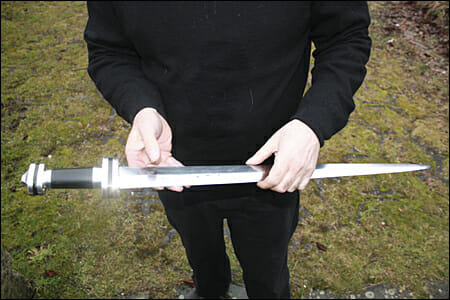 time to read: 1 min
Movies Will David Tennant and Spitelout be in the How To …

Geek Stuff Shain Erin’s impressive but freaky nightmare…
💰 Copper Coins 💰 Geek Native is an affiliate and may earn commission on purchases you make from third-party sites.
🍪 Privacy & Cookies 🍪 The site uses cookies to survive. By accessing the site, you agree to use your browser to control cookie use or take 1d4-3 privacy damage (tracking). If you defeat cookies via ad blocking, please consider the Patreon. An intro to cookies, and how to control them, can be found here. I Manage Cookies