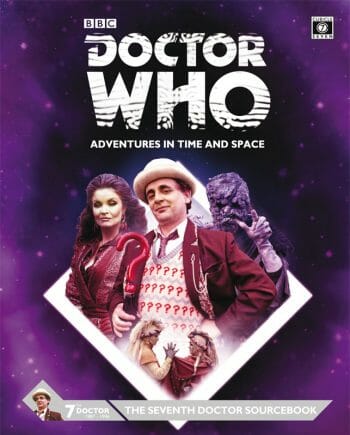 The Seventh Doctor Sourcebook from RPGNow

Everyone has their own favourite Doctor. Sometimes, that Doctor happens to be the one that you grew up with. Other times, it’s the Doctor that you saw last. Perhaps you identified with a Doctor or he happened to remind you of someone you respect or appreciate. Maybe, well, maybe you just have a soft spot for one of the many incarnations.

For me, I think Sylvester McCoy appealed because I knew him as a gurning funny man from my childhood, a comedy sidekick amongst the ensemble cast of UK kids’ TV show Tiswas. McCoy was a performer who could convey a great deal in the expression on his malleable features – and, importantly, he could play a mean round on the spoons.

In the guise of the Seventh Doctor, Sylvester managed to get a lot of his comedic presence across in his early adventures – which, admittedly, doesn’t necessarily come across well in character. The laughable ‘cliff-hanger’ midway through Dragonfire, where the Doctor hangs over a icy precipice for no good reason other than to provide some dire peril, remains a sticking point even for me. Mind you, I always put that one down to weak direction or a faltering storyline.

Quick Fix
A solid, straight-forward companion to the adventures of the Seventh Doctor; guidance on games dealing with personalities, character growth and redemption, facing fear, isolation, and enlightenment, across a range of adventure styles.

Form
The Seventh Doctor Sourcebook follows the same format as the previous books in the series, but if you’re not familiar, I’ll provide more detail. In PDF format, it amounts to a 160-page volume in a two-column format, replete with copious colour images captured from the original series. The type and style provide for a clear and easy-going reading experience, with clearly delineated information boxes presenting new gadgets, adversaries and allies.

Written by Andrew Peregrine and published by Cubicle 7, the Sourcebook provides material for the ever expanding Doctor Who: Adventures in Time and Space tabletop roleplaying game. As well as PDF, it will come in a hardback format – the physical book always follows a short time after. The PDF includes complete bookmarking, connecting the reader to major sections, key references, and new Vortex system content, like Traits and Gadgets.

All parts of the series thus far have taken a slightly different approach to chapters and sectioning of content. The Seventh Doctor Sourcebook has a single chapter covering all the Seventh Doctor’s adventures, despite originally broadcasting over three separate seasons, from 1987 to 1989. The other chapters covering new mechanics, enemies, the essence of the Seventh Doctor and designing adventures in the style of this brooding and mischievous Time Lord.

Features
The Seventh Doctor Sourcebook – and the Sourcebooks before this one – provides information intended to allow a budding Gamemaster to evoke the style and atmosphere associated with a specific Doctor. Each volume has done this by considering the Doctor’s personality, his relationship to companions, adversaries and the TARDIS, and then breaking down each adventure.

As suggested earlier, the tenure of the Seventh Doctor has an evolving theme and tone that could easily break this down into three different games. The first season of adventures has a tone perhaps reminiscent of the Second Doctor, with the clowning baggy-trousered traveller, happy to entertain as much as anything.

The second season finds the Doctor playing games with the forces of the Universe and settling debts – a little like the Fourth Doctor. He plays his hand close to his chest and seems to have laid many of the pieces down before the game started. Unlike the Sixth Doctor, who might seen to have been manipulated by the Time Lords, the Seventh holds his own agenda – which happens to pose a decisive threat to old enemies like the Daleks and the Cybermen.

The third season proves the Doctor to be a master manipulator and, possibly, something far greater than we might have ever suspected. At times, the viewer might have wondered whether the Doctor had lived a great deal longer than he claimed, or perhaps played a pivotal role in history through careful manipulation of time and events so intricate even he couldn’t keep track. There has been no incarnation of the Doctor past or since that has displayed such acumen with matters temporal.

Chapter One, The Seventh Doctor and Companions, touches upon something of this in considering the Time Traveller. This Doctor valued his companions a great deal – both those who travelled with him and those who had occasion to cross his path along the way. While he used the TARDIS as little more than a means of travel, he had a greater inclination to tinker and jury-rig gadgets from common items, like some Heath Robinson-inspired inventor.

This section features both background material and game statistics for the Seventh Doctor, Melanie Bush, Ace, Sabalom Glitz and the TARDIS.

Chapter Two, Tools of the Trade, considers more of the mechanics of playing a game in the period of the Seventh Doctor. Firstly, it considers the sort of companions you might choose to play, as the Doctor both valued his fellow travellers, but also sought to find their potential. The Doctor pushed those he travelled with to overcome their fears and shortcomings, and ask those questions they might otherwise seek to avoid. A game in this style seeks to delve into the darkness and demons of character background, as well as fighting off the villain of the week.

In addition, the section offers up several new Character Traits, both good – like Danger Sense and Noble – and bad – like Marginalised and Prejudiced. Then, as well as a few Gadgets – including Ace’s stash of Nitro-9 – the section considers the creation and role of Artefacts – like the Hand of Omega.

In the middle period of the Seventh Doctor’s adventures he revealed a knowledge and guardianship of various ancient Time Lord technologies. It’s possible that he might have been steward of one or two items that would later see use during the outrages of the Time War under the command of Rassilon. This section allows you to create the sort of devices best suited to forming the centrepiece of adventures in one-off appearances, with the threat of falling into the wrong hands unless the Player Characters can do something about it.

Chapter Three, Enemies, provides greater detail on a few of the key adversaries of the period. The Cybermen, Daleks, Fenric, The Master and The Rani all get at least two pages of consideration, background and statistic, with special note to their idiosyncrasies during this period. That include small sections, under the Daleks, for Dalek Agents, the Dalek Controller, the Renegade Daleks, and – of course – the Special Weapons Dalek.

Chapter Four, Designing Seventh Doctor Adventures, boils the three seasons of the Seventh Doctor into key themes. By instil the essence of these themes into the creations of your adventures, you can evoke that feel of the late 80s Time Lord. Themes include temptation, responsibility and power, justice, misdirection, revenge and enlightenment, amongst others.

The chapter also gives some consideration to running, or playing in, UNIT during the periods the Seventh Doctor visited. Throughout the chapter on his adventures, the author gives consideration to how to play if you’re not running a game for a Time Lord and his companions. This is valuable material to take into consideration, because you can even consider using UNIT or Torchwood as a change of pace, or as a precursor to later adventures – whether as flashbacks or some chilling premonition of events yet to come.

Indeed, the chapter rounds off with some consideration of the darkness than prevails in later Seventh Doctor adventures. Fear, violence, isolation and horror all have their part to play – including unsettling encounters with evil clowns.

The bulk of the book, from page 49 onward, covers all twelve of The Seventh Doctor’s Adventures in detail. Each adventure starts with a Synopsis and Continuity guide, with references to key elements like returning villains, the Doctor’s age, notable idiosyncrasies, or adventure-worthy connections. Mostly, these run to a page or a page-and-a-half. For those who have never seen these adventures before, they provide enough plot detail to bring you up-to-speed, while the veterans, they represent a short and succinct reminder.

Then Running the Adventure proposes ways you might retell or return to the events in your own game, including key locations, primary personalities, worthy opponents, and possible Further Adventures.

Having read all the Sourcebooks so far, the sections here felt straightforward and to the point, not seeking too many ways to retell any given tale. Actually, the relative brevity of the synopsis means that much of the content for each adventure offers far more consideration of characters and locations, with places like Iceworld, Terra Alpha, the Psychic Circus, and Gabriel Chase getting plenty of information.

Pretty much every major – and even minor – character receives a write-up, making it easy for you to reuse or repurpose them. Indeed, the very nature of the Seventh Doctor, as a Time Lord not afraid to cross his own timeline, makes it far more likely that you will make the game about the same characters, but encountered earlier, or even later.

Between paradoxes, time storms and half forgotten diary dates, the Time Travellers will have plenty of opportunities to mess with their own destinies. For the Gamemaster, all these potted histories and adversary details makes creating interweaving and overlapping adventures a great deal easier.

Final Thoughts
More so than any Doctor before, The Seventh Doctor Sourcebook provides scope for adventures with differing tones and styles. Whether the machinations of a mad genius or the stratagem of a dark gamemaster, adventures herein revolve around a study more about character and personality.

Possibly more workmanlike and straightforward then Sourcebooks earlier in the series, this one nevertheless does a perfectly good turn in presenting the facts and suggesting how you might use them to create a great game.

My copy was provided for review. Doctor Who: The Seventh Doctor Sourcebook, Andrew Peregrine, Cubicle 7, priced $19.99 in PDF at time of writing. 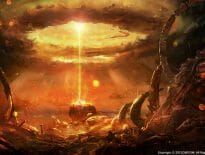 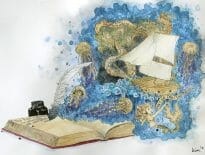 Tabletop & RPGs 5 of the best RPG reviews on Geek Native this year…
wpDiscuzComment Author Info
Manage Cookie Consent
This site uses cookies 🍪, and links are ads that may earn bloggers some money 💰, and with this alert, I very much hope that these dark truths 🧌 are acknowledged.
Manage options Manage services Manage vendors Read more about these purposes
Preferences
{title} {title} {title}
Loading Comments...