Fans of Fisfits, Vexed and Merlin will be interested to know that Howard Overman, who writes for all three, is responsible for the adaptation of the famous Douglas Adams’ novel.

“I’ve been a fan of Douglas Adams ever since the Hitchhiker’s radio series which I used to record as a child and listen to over and over again in my bedroom. It’s such a thrill to now be playing one of his brilliant characters.

“Dirk is a chaotic, anarchic force of nature with a totally unique take on the world. He is described as ‘lazy, untidy, dismissive and unreliable’. I’ve absolutely no idea why they thought I’d be right for the role.”

Interestingly, the BBC describe the new series as a Dirk Gently’s Holistic Dectective Agency drama – keyword being “drama” – as there are some clues that we might be talking about the mini-movie approach. Ed Victor, who was Douglas Adams’ agent is quoted talking about films.

“Douglas once said, memorably, that ‘getting a film made in Hollywood was like trying to cook a steak by having a bunch of people come into the room and breathe on it’! Well, we did eventually get a film made in Hollywood of Hitchhiker and, tragically, Douglas didn’t live to see it. Nor will he see this adaptation of Dirk – but it’s worth bearing in mind that Douglas always thought Dirk would make a better film than Hitchhiker and I feel sure that this new TV drama with a terrific script by Howard Overman will prove his point!”

No dates yet but the BBC have a “coming up” microsite already in place. 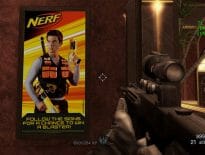