You are here: Home / TV / Anime / My Unique Skill Makes Me OP Even at Level 1’s giant hammer smashes home

The promo video for My Unique Skill Makes Me OP Even at Level 1 is out, along with the news that the show will premiere in July.

It’s an Isekai with Amazon selling the Kindle and comiXology versions through Kodansha’s license.

MAHO Film are helming the project, and By the Grace of Gods director Yuji Yanese calling the shots.

The manga is doing well and has over a million copies in circulation. Kodansha’s US arm describes the series;

Ryota Sato gets the surprise of his life when he’s suddenly transported into another world and nearly clobbered at the hands of the young, pretty adventurer Emily Brown. This new world revolves around defeating monsters and profiting on whatever they drop—food, money, items, etc. Unfortunately for Ryota, he has no skills to speak of…until he learns he has the ability to get rare drops! Suddenly his luck turns around…or does it?

It’s too early to tell whether a streaming platform will pick up the show for a Western audience, as while the manga reviews well on Amazon, it’s around the 3,500 placed title in the Manga section in the Kindle Store. 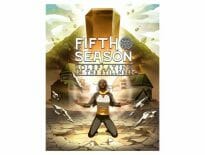