You are here: Home / TV / Anime / See the fight that got Record of Ragnarok dropped

Record of Ragnarok isn’t streaming in all countries it could be airing in because the anime has gods fighting humans to decide whether humanity is ending. Some of these gods are mythical, like Hercules, but some are drawn from contemporary religions and cultures.

And, news flash Netflix, some religions don’t much like it when the icon of their faith is pitched in a fight against a sumo wrestler. In response, Record of Ragnarok has been dropped from some geographies.

Season 2 is coming to Netflix in most places around the world, and you can see parts of the particular fight that got Record of Ragnarok the self-imposed ban.

Netflix confirms that voice actor Tatsuhisa Suzuki will return as Shiva and that Yūichi Nakamura will join the series as Buddha.

It’s not all gods, though; this part of the show has Tomokazu Sugita as Jack the Ripper. If you’re cheering on humanity against the gods who are fed up with our rubbish then, well, that’s going to get even more awkward if it means we’ve that serial killer to root for,

Warner Bros, who own the series, describes it;

7 million Years of Human Civilization is coming to an end… Every 1000 years, all the Gods of the world gather in heaven to attend the “Conference of Mankind Survival”. All the Gods agree to bring an ultimate end to the mankind due to their past foolish acts but before the final verdict is made, Brunhild, the eldest of the 13 Valkyrie sisters make and objection.

“To spice things up, why donʼt you test humans?”

Her proposal was to have God vs Humanityʼs final struggle also known as the “Ragnarok”, where all the Gods from the world and champions from the entire human history enters 1 on 1 battle. The first team to win 7 battles out of 13 will be the winner.

It seems almost impossible for the humans to win against the Gods. Although Gods sneer at them, Brunhild makes further provocation;

“Are you chickening out?”

That touches Godsʼ nerves and they accept her proposal in anger. Therefore, Brunhild and her sisters must choose 13 of the strongest champions throughout the human history.

Will humans surpass Gods and make an stop to the ultimate end?

The eschatological battles between heaven and earth finally begin!

This version of Ragnarok is based on the Comic Zenon hosted story by Umemura and has a spin-off called The Legend of Lu Bu Fengxiang The Flying General, which ran for three years before ending last month.

See the fight that got Record of Ragnarok dropped 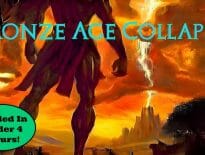 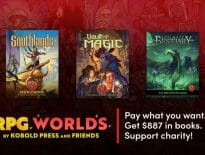