Netflix has given us the first last look at the final series of Aggretsuko. Season 5 hits the streaming service on the 16th of February.

Ten episodes return with Rarecho penning the scripts and studio Fanworks at the helm.

Netflix only tells us a little about season 5. However, Aggretsuko fans will likely expect cleverly paced emotional stories and life commentary.

The “Aggretsuko” series depicts the daily life of officer worker Retsuko, who copes with her frustrations with her boss, co-workers and the world by belting out death metal. In this season, after Haida quits his job, he is forced out of his apartment that is owned by his parents and begins living in an internet café.

There, he encounters Shikabane, someone who seems to have given up on everything. Retsuko decides to live with Haida to save him. Then, a suspicious man who says he is member of the Diet comes to recruit Retsuko…

Aggretsuko, a Netflix original series, follows the story of Retsuko, a red panda working in a trading firm’s accounting department in Tokyo. After tiring work, she turns to her hidden passion for death metal karaoke to release her inner frustrations. Throughout the series, Retsuko learns to navigate the ups and downs of adult life while making some valuable friendships along the way. 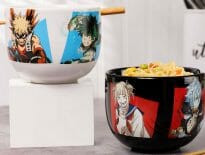 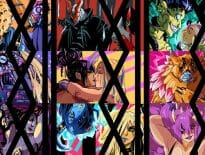 Tabletop & RPGs XII: Occult Eye is an RPG in which you and your de…
wpDiscuzComment Author Info
Manage Cookie Consent
This site uses cookies 🍪, and links are ads that may earn bloggers some money 💰, and with this alert, I very much hope that these dark truths 🧌 are acknowledged.
Manage options Manage services Manage vendors Read more about these purposes
Preferences
{title} {title} {title}
Loading Comments...