You are here: Home / Games / Tabletop & RPGs / XII: Occult Eye is an RPG in which you and your demon hunt truth and help others

Witch&Craft are back on Kickstarter after XII: Inner Demons with a tabletop RPG called XII: Occult Eye.

The game is a horror investigation where PCs are witches, with demonic pacts growing stronger by hunting the truth. Truth is hard to find. The team have set a $9,000 goal, is halfway there, and you can track progress from the pitch page.

I enjoyed XII: Inner Demons and can testify that it is a game about facing fear. Witch & Craft Games say that if that’s true, then XII: Occult Eye is about learning to help others.

The game engine is a fast 3d10 system with players adding up the number of mathrocks that equal or beat the target number. One success is good enough, but more is better.

Augmenting the abilities which determine the rolls, there are also Competences and Powers, which add dice to the pool and offer in-game abilities for the witch’s investigation.

Occult Eye is backwards compatible with Inner Demons, and the new game’s Archdemons have mechanics you can use with the first. There’s also a new game mode.

Witches are real. Exceptional humans who have sacrificed their mundanity for a taste of the power that lies just beyond the edge of our perception. In some way or another, their eyes were opened to the world of demons, and rather than forget their experiences and move on with their lives with the lessons they learned, they chose to remember. As did you.

You can support the indie RPG by pledging just $1 or sharing news on social media. Those backers who pledge $15 will get a PDF copy of the RPG.

A hardcover 7″x10″ book is added to the rewards, with worldwide shipping supported but not included, for $35 supporters. $40 adds the stretch goals.

There’s a special edition, which is the thank you for the $45 tier backers. At $60, there’s also a behind-the-scenes/developer’s diary edition of the game.

If you want to catch up with XII: Inner Demons, those rewards start at $70, with $250 finishing the offer.

XII: Occult Eye is an RPG in which you and your demon hunt truth and help others 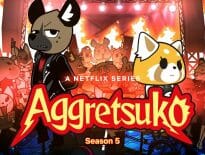 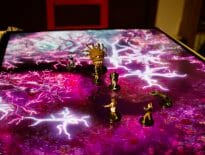