You are here: Home / Games / Tabletop & RPGs / Studio Agate vs OGL: Fateforge becomes a Pay What You Want protest

French RPG publisher Studio Agate has several 5e product lines and is not happy with the developments around Wizards of the Coast’s OGL.

The Fateforge Tetralogy is now a Pay What You Want on DriveThruRPG.

The ENnie-winning fantasy that took years to make is a love letter to Sword & Sorcery and (once) Dungeons & Dragons. The game is set in the world of Eana, which while familiar, is also exotic with new twists and turns.

Why the change in price strategy? It’s a protest against chasing the all the money. Agate told Geek Native;

We devote our lives to creating these books because we love roleplaying and what it can bring to the greatest number of people. It is this love that guides our action, not mercantile thoughts

Fateforge is its own game, but it can also be used as a campaign setting for 5th edition. It includes many game options, new archetypes, a system to create customized backgrounds, a new class, fifty new spells, and game mechanics inspired from the best of Shadows of Esteren. The modular system in particular lets each group customize the game in accordance to their tastes, ranging from unbridled high fantasy to harsh dark fantasy. The availability and potential of magic is likewise adjustable, from rare and unpredictable to common and pliable.”

Pay What You Want is not the same as free. Gamers can check out Fateforge at no cost, if they want, and pay extra for the next book or can offer the publisher what they think a fair price is. It’s a model that puts the commercial power in the hands of the gamers while the publishers take the risk. It’s not for everyone, and it’s a contrast to the latest noises from Wizards.

Studio Agate vs OGL: Fateforge becomes a Pay What You Want protest 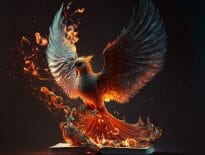