Paizo has said they’ll go to court to argue that the OGL cannot be deauthorized by Wizards of the Coast.

The Pathfinder and Starfinder publisher have given up on waiting for WotC to offer clarity on the future of the OGL and have engaged the attorney who came up with the legal framework for the original OGL.

Brian Lewis, the lawyer in question and co-founder of Azora Law, is Paizo’s lawyer. How did that happen? Paizo owner Lisa Stevens and president Jim Butler were both leaders on D&D when WotC signed off on the OGL in the first place.

Paizo has also been working with Ryan Dancey, the OGL architect on OGL issues since then.

Paizo does not believe that the OGL 1.0a can be “deauthorized,” ever. While we are prepared to argue that point in a court of law if need be, we don’t want to have to do that, and we know that many of our fellow publishers are not in a position to do so.

We have no interest whatsoever in Wizards’ new OGL. Instead, we have a plan that we believe will irrevocably and unquestionably keep alive the spirit of the Open Game License.

Paizo has allies for a new project, one called ORC. The Open RPG Creative License will be perpetual and irrevocable, and several big-name publishers have signed up for it already. These include Kobold Press, who have announced Black Flag for their own RPG, Chaosium, Green Ronin, Legendary Games and Rogue Genius Games.

Are you a publisher who wants to take part and shape ORC? You can sign up for the project.

The new Open RPG Creative License will be built system agnostic for independent game publishers under the legal guidance of Azora Law, an intellectual property law firm that represents Paizo and several other game publishers. Paizo will pay for this legal work. We invite game publishers worldwide to join us in support of this system-agnostic license that allows all games to provide their own unique open rules reference documents that open up their individual game systems to the world.

The ORC will not be owned by Paizo, nor will it be owned by any company who makes money publishing RPGs. Azora Law’s ownership of the process and stewardship should provide a safe harbor against any company being bought, sold, or changing management in the future and attempting to rescind rights or nullify sections of the license. Ultimately, we plan to find a nonprofit with a history of open source values to own this license.

Geek Native is aware of many other publishers in, about to join, or strongly considering. Dale Critchley of Wyrmworks Publishing told me;

Wyrmworks Publishing is 100% in favor of a new license that will not restrict creators. The leaked 1.1 restricted content formats, which significantly restricts accessibility tools like audiobooks and dynamic website content. Since disability expressions are infinite, we need to allow for an unlimited variety of accessibility and representation.

Right now, the code OpenGaming is a discount code for 25% off the core rules, pocket edition rules or Pathfinder Beginner Box at Paizo’s site.

This is good news but, damn, what a misleading clickbait title!

They literally said “While we are prepared to argue that point in a court of law if need be, we don’t want to have to do that” and “We have no interest whatsoever in Wizards’ new OGL.”

I really wasn’t trying to clickbait! I think it’s incredibly significant that they put it in writing and set the expectations that they’ll go to court to stop the proposed/rumoured changes to OGL. The “we don’t want to have to do that” isn’t an out for Paizo, it’s an out for Hasbro, suggesting that Paizo won’t push the legal angle if the other side backs down. The legal Precedent is now in the spotlight.

Why make a new one when creative commons already exists?

Paizo will go to court to stop WotC and OGL 1.1 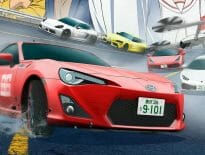 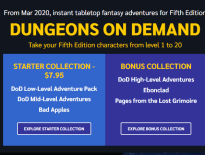 Tabletop & RPGs Dungeons on Demand: Instant adventures back on bun…
wpDiscuzComment Author Info
Manage Cookie Consent
This site uses cookies 🍪, and links are ads that may earn bloggers some money 💰, and with this alert, I very much hope that these dark truths 🧌 are acknowledged.
Manage options Manage services Manage vendors Read more about these purposes
Preferences
{title} {title} {title}
Loading Comments...