I’m one of those people who like art – a lot – but have no talent in it at all. None. Not a squat. Show me two classics and I’ll struggle to tell you if they were painted by the same artist.

So, when I say the art in King! reminds me very much of Robot 13 it’s a good thing. I can recognise Daniel Bradford’s style. It’s a bold, brave, in your face and has your attention now style.

That’s why I think the partnership with Thomas Hall works so well. The stories these two tell are stories that make you read them. 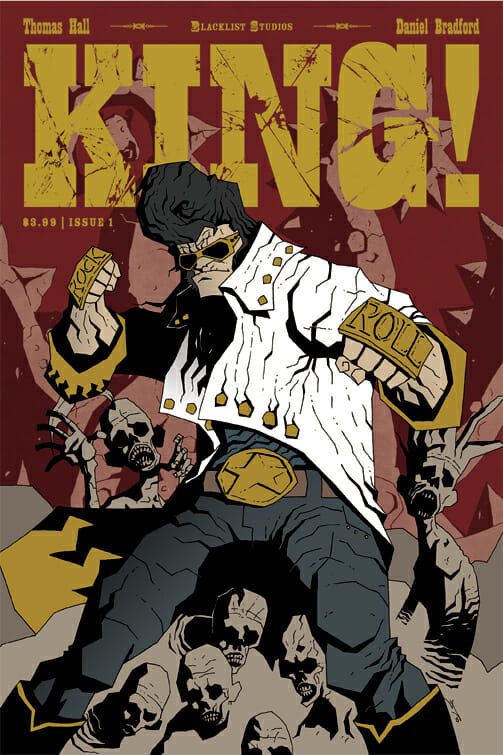 The King is a one-time Mexican wrestler. Now he fights monsters – all sorts, shape shifters, mouth breakers, flesh eats and blood suckers. In the first comic he goes up against a horde of zombies and their god of decapitation. Tasty.

Oh? Did I mention that Jessie King just also happens to look a lot like someone else? 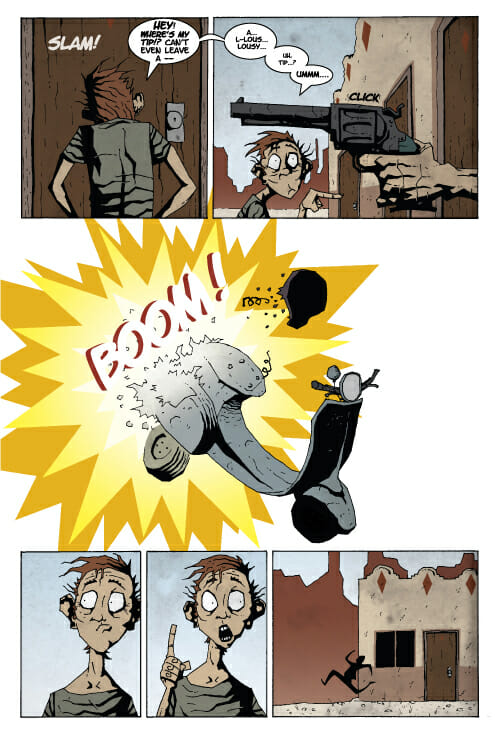 Juxtaposition runs through this comic a bit like a train ramming its way through a Christopher Nolan movie about dreams.

It starts with the headline “King! He Killers Monsters” and then carries on with a rather un-regal King getting a delivery, an entirely inhuman messenger bringing a warning for humankind and winds up with the melee in the grill.

There’s even a bonus section towards the end of the comic in which those of us at Fans HQ take a look at the infamous time the King spent working in a sushi bar. He’s a fish out of water but adapts to the traditional challenges in his own way.

I was worried that the King! would be too rich in cheesy humour. It was a real concern. I just wasn’t sure it would be Tom’s skillset and was fairly certain it wouldn’t suit Dan’s drawing style. I’m pleased to report that there’s no such issue. Sure; there are quips and comedy in this graphic novel but it fits in well and flows naturally. This isn’t a comic that looks to make jokes out of the fact there’s someone who looks like the King fighting monsters. This is a graphic novel which tells the story of the King fighting inhuman monsters and just how bizarrely funny that can be at times. 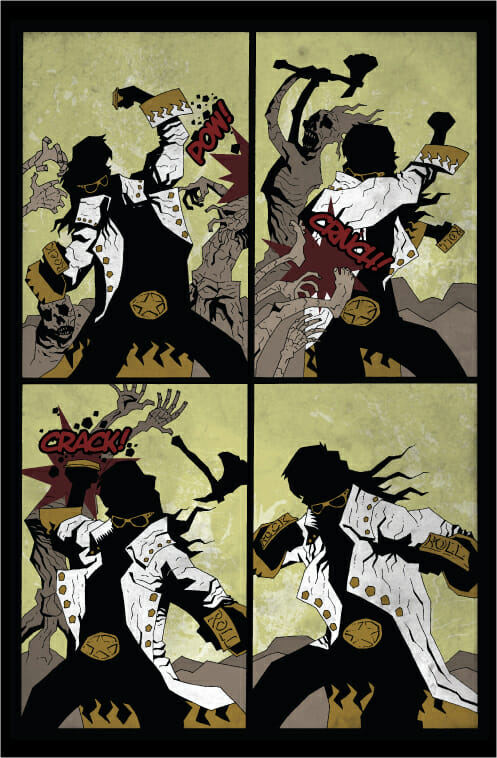 King will be available from August the 16th from Blacklist Studios. This is the source of my only real grumble. Blacklist’s website is dated. I don’t just mean it links to MySpace. I mean it uses frames and I can’t link to either their info page about King or their Store page for King either. All I can do is point you to the homepage.

Robot 13 was, I think, the first comic to break the 50,000 mark on the Android market. My HTC Desire runs Android 2.1 but the Froyo upgrade (2.2) is expected. That’s going to be vital for online comics as it means I’ll be able to save them to the SD card. In other words; the popular Android mobile phones are about to take a leap forward in their ability with comics and I’m going to be pushing success stories like Blacklist and Tom and Daniel to ride the wave. 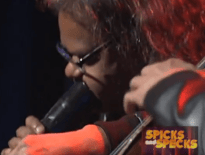 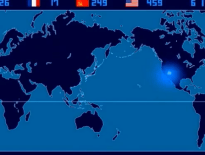