The RPG thought piece was well received; I saw a healthy debate on social media and some queries about the Ananthia Campaign Guide which I chose to introduce Alex with. He wrote the 5e book.

Alex has done us proud, and as it’s the season for gift-giving, Geek Native now has digital copies of the Ananthia Campaign Guide to giveaway. There’s not enough for everyone, so it’s going to Patreons or those who join before the end of the year.

The land is drying out, and Ananthians feel powerless. The golden era of humans, elves, and dwarves fades from the parched pages of history as an insatiable desert grows. But there is no bad situation that cannot be made worse. For the past three hundred years, the last kingdoms of the East have been under the dominion of a Machiavellian demon cultist-turned-lich.

Still, not all are ready to give up. From the crystal-speckled North Shore to the receding elven forests of the Southlands and from the hostage cities of the Eastern Marches to the pirate-infested Wrath Islands, there are those who won’t have it. They want back the Ananthia of song and tale in a time when hereditary titles carry little weight—and courage is in high demand.” 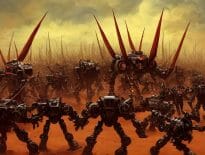 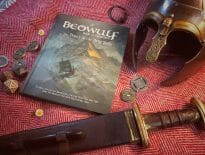