You are here: Home / Books / Comics / A silent romance and Orcadian scarf: A Stormy Day with Badger and Vole

Howard Hardiman moved from the bustle of London to the 550 Orkney folk island of Sanday north of the Scottish mainland.

Badger appeared first in Hardiman’s comics in 2006 and on Flickr, now Badger has moved with the creator to Sanday and lives with partner Vole. The comic is a wordless domestic love story, funded and running on Kickstarter.

There’s nothing said in this comic, and you get to enjoy Badger and Vole’s quiet company in the purest form.

Don’t expect Viking raids, as the couple spend their time knitting, spinning wool and weaving. And they cuddle.

It’s an escape, and you’re welcome, even to some of their wool.

This new story, A Stormy Day with Badger & Vole is set during the dark depths of an Orcadian winter, on a day where the rain comes horizontally and it’s much better to stay indoors and get cozy by the fire.

Backers of this indie comic who can pledge £5 will get a PDF copy, and at £10 there’s a signed copy of the physical book. That comic ships anywhere in the world.

Tempted by some dark and stormy knitting? Backers at £25 also get some carded wool from Howard’s fields; however, adding wool, turning the output from a book into something else activates export restrictions on unspun wool! As a result; this tier is UK only.

The unspun wool will be homespun for you if you’re able to back at £35 but that doesn’t remove the shipping restrictions.

Art, first digital, then physical, is added as perks at higher tiers and then at £150; as well as the comic, you’re getting a whole homespun scarf from the creator in Orkney. That scarf can travel the world.

The estimated delivery of the project is April 2023 and I imagine Howard might have a lot of knitting to do as well as illustrating.

A silent romance and Orcadian scarf: A Stormy Day with Badger and Vole 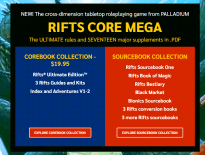 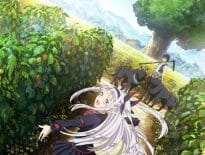 Anime Wholesome or harem? Farming Life in Another World…
wpDiscuzComment Author Info
Manage Cookie Consent
This site uses cookies 🍪, and links are ads that may earn bloggers some money 💰, and with this alert, I very much hope that these dark truths 🧌 are acknowledged.
Manage options Manage services Manage vendors Read more about these purposes
Preferences
{title} {title} {title}
Loading Comments...