You can vote for one of five proposed LEGO D&D sets and make one real.

I liked the competition, a team-up with LEGO and Wizards of the Coast for D&D 50th and with big money on the table. I think so. LEGO was offering lifetime royalties on sales of the D&D LEGO set that the competition would make real.

LEGO fan site Brickfantics has found that LEGO Ideas fans aren’t universally happy with the shortlist of candidates. Those 5 proposed sets you can vote from came from 621 entries.

So many obviously top choices and you picked none of them. No offence to the people who were chosen – but as we continue to see, not a lot of transparency in LEGO Ideas.

Brickfanatics quotes one community member, but the LEGO site doesn’t seem surprised. It’s almost as if fans overflowing with passion for their hobby have strong opinions about it. Wizards of the Coast will be familiar with it.

I would really like to know the criteria they used to select finalists for these things. Complexity/simplicity? Brick count? Which house Aquarius was in when submitted? Just so we know going forward what they are actually looking for.

It’s not all LEGO Ideas community members being purists, though. Brickfanatics highlighted two likely concerns from D&D fans. One said;

I was hoping for a nice big dragon (especially the gold one). Just a big, clean model to put up on the wall. These are all very high in detail, but hard to ‘read’ at a distance.”

They won’t resonate with D&D players, only LEGO collectors.”

There’s no doubt some disappointed not-finalists in the community. I note also there are already many LEGO dragons in the official LEGO store.

Design credit for The Monster Manual goes to KolonelPureCake. 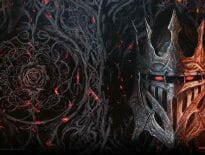