You are here: Home / Games / Tabletop & RPGs / The alternative hardcover D&D: Dragonlance Shadow of the Dragon Queen might beat the regular book out

You can pre-order Dragonlance: Shadow of the Dragon Queen from Amazon, and here in the UK, the retail giant says that it’ll ship on the 6th of December.

Wizards of the Coast don’t bend all the way over for Amazon, though, and try and support FLGS and indie book shops. Forbidden Planet catalogue now has the Alternative Hardcover edition open for pre-order at £39.99 with an estimated release date of 5th December.

That’s a day ahead. It’s tempting to write it off as a typo, but Magic Madhouse and Zatu also suggest the 5th.

Shipping is a problem too. The Royal Mail is on strike here in the UK, and Amazon has its own vans. It’s not easy for the indies to compete.

Takhisis the Dragon Queen has returned to the world of Krynn. Across the land, her armies of fanatical draconians wage a brutal war of conquest. As the Dragon Armies march on the unprepared nation of Solamnia, only the defenders of the city of Kalaman stand in their way. But the Dragon Armies want more than just to crush their foes. An ancient evil in the Dragon Queen’s service seeks a magical weapon that could dominate Krynn for all time.

The alternative hardcover D&D: Dragonlance Shadow of the Dragon Queen might beat the regular book out 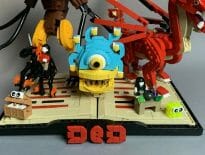 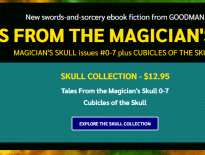 Books Be quick or be dead readers: Tales from the Magici…
wpDiscuzComment Author Info
Manage Cookie Consent
This site uses cookies 🍪, and links are ads that may earn bloggers some money 💰, and with this alert, I very much hope that these dark truths 🧌 are acknowledged.
Manage options Manage services Manage vendors Read more about these purposes
Preferences
{title} {title} {title}
Loading Comments...