In the anime-influenced Exalted tabletop RPG, Sidereals are heroes who negotiate with gods, steer nations and are cursed to be forgotten. On Kickstarter, they’re a huge success as Onyx Path takes in more than $150,000 in pledges in the opening week.

There’s a limited edition hardcover of Sidereals: Charting Fate’s Course in the campaign with PDF and other options. You can pledge or find out more on the pitch page.

Exalted is shepherded by Onyx Path and is a tabletop RPG not based on Western folklore fantasy. Sidereals: Charting Fate’s Course is a supplement for it, not a standalone RPG.

The game will detail the Maidens of Destiny, the strange patrons who support the Exalted in their mission. The book will explore the city of Heaven, Yu-Shan, the Celestial Bureaucracy of the gods, and the Bureau of Fate.

Burdened by their arcane fate, the Sidereal Exalted are heroes unremembered, serving Creation and bending the arc of history from behind the scenes. Now, with Creation fallen into a Time of Tumult, all that the Sidereals have worked for stands on the brink of annihilation once more. Their choices and deeds will shape the future, whether it be one of glory or tragedy.

Backers at $5 get to buy into the Pledge Manager, access to the ad-ons, get access to the previews and get mentioned in the book. However, backers at the $25 get the PDF edition of Sidereals: Charting Fate’s Course.

The deluxe hardcover version of the book is added to the rewards at $125. There’s a more expensive retailer option too.

There are ways to get print-on-demand, and Onyx Path is clear that shipping is expensive (and we know that’s not their fault) and must be added later.

The estimated delivery date for the campaign is April 2025, making this book the first 2025 date I’ve seen on Kickstarter this year. 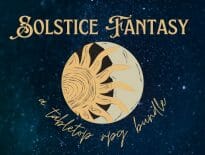 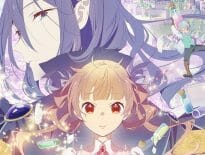