There’s a new trailer for the anime Sugar Apple Fairy Tale ahead of its Japanese release on the 6th of January.

Crunchyroll will pick up the series, airing it at the same time as Japan with a simulcast.

There are English subtitles, too; just hit that YouTube caption button.

My take on the trailer is of a young woman becoming a Silver Sugar Master and trying to use the magic of candy to melt the heart of a broody swordsman. And there are fairies.

In a world where fairies are bought and sold to the highest bidder, humans aren’t exactly on friendly terms with the fae folk. But friendship is exactly what Anne Halford seeks with Challe, her new fairy bodyguard, though he’s not so keen on the idea. As his new master, Anne tasks him with escorting her through a particularly dangerous area, but with a reluctant bodyguard eager to escape a life of servitude, she’ll have to deal with a lot more than she bargained for…

Yen Press have the license for the light novels and YozoranoUdon’s manga adaptation.

We also have some of the cast; 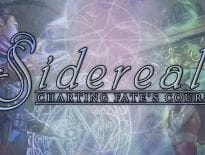 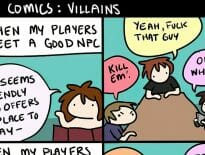 Comics Introducing a villain to RPG players
wpDiscuzComment Author Info
Manage Cookie Consent
This site uses cookies 🍪, and links are ads that may earn bloggers some money 💰, and with this alert, I very much hope that these dark truths 🧌 are acknowledged.
Manage options Manage services Manage vendors Read more about these purposes
Preferences
{title} {title} {title}
Loading Comments...