You are here: Home / Games / Tabletop & RPGs / Unglorious: A “necro-fantasy” RPG that picks up after your character is dead

Italy’s Aces Games is part of the exciting wave of tabletop games coming to Kickstarter with a project called Unglorious. Your character is undead.

Inspired by the Medievil computer game and the movie Army of Darkness, Unglorious has shattered funding targets, and you can see by how much on the pitch page.

Kinda curious but uncertain? There’s a free-to-download quickstart. That link takes you to an English and Italian landing page with links (skulls waving flags) to Google Drive-hosted documents.

It’s a big Kickstarter to unpack, with lots of great art and bonuses, so I can see why the quickstart is helpful. There’s also proof that Aces can deliver, as they’ve done so for the Italian Unglorious campaign, which stuck to the schedule. It’s not a side hustle; this is their job.

The finished core rules will be an A4 hardcover of 260-pages. It includes everything you need to play, the World of Mora, 12 Deceased Types and a Bestiary.

Other books include the 160-page Tales from the Crypt and the 150-pages+ Kickstarter exclusive hardcover The Necrocomicon.

Maybe you fell asleep inside a dragon’s cave, you slipped and fell from a cliff while sneezing or you smashed your head against a city sign. Whatever happened, death came knocking at your door prematurely, thus cutting your path to glory short…

…and that’s where your adventure starts!

Because in the World of Mora, everyone who dies ends up in the Orchard, the land of the dead. A messy, humid place that’s run through infuriating bureaucracy. And that’s where your journey towards unclaimed glory begins! Grab your death certificate, venture inside the mortopolis and get in line to rise again in the land of the living – take care of your Scores to Settle and finally become a hero!

It’s a pledge of €20 to get the digital edition of the core rules, and that’s about £18 in Brexit-buck money.

It’s a jump to €65 and many more backers’ rewards. The Tales from the Crypt, SEas of Bones, Lead of the Dead, Cemetery Map of Bandead and Ferryman Screen are all added as digital downloads.

At €89, there’s the physical corebook, Map of Bandead and Tales from the Crypt added in physical but the supporting digital books are swapped out for an Unglorious Dice Set.

The rewards jump up again at €189 with the physical books and “The BIG PIN” getting added into everything before.

There are add-ons and early tiers which have sold out. Aces Games estimates a July 2023 delivery for all levels.

Unglorious: A “necro-fantasy” RPG that picks up after your character is dead 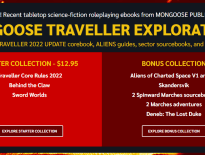 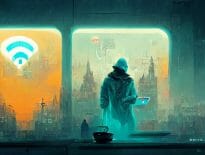