Mongoose and designer WJ MacGuffin are 5 times over the funding goal for the next edition of Paranoia. All editions of Paranoia are perfect, but we’re reassured this edition will be even more perfect, and it’s called The Perfect Edition.

Paranoia is a dystopian tabletop RPG in which you must be happy, and your character has five clones able and happy to replace your character should they die. Of course, accidents don’t happen in this happy future, so those clones will never be needed. Right? You can see the details on the pitch page.

Did I pause to ponder Paranoia heading to a crowdfunding platform, bringing its faux utopian future back to the wisdom of the masses even as real-life culture wars ramp up? Did I wonder whether the game’s merry tyrant computer could come from today’s experiments with AI? I sure did.

WJ MacGuffin caught my attention by stressing that Paranoia is a satire of all political views, not a parody.

What’s the difference? No doubt there will be debates, but perhaps parody mimics a style with humour, whereas satire makes a point by mocking.

That’s an interesting distinction because Paranoia uses humour, and it’s a comedy, albeit a dark comedy. What’s the point the game makes? Perhaps it’s to have fun. I can’t say, “You only live once”, because, in Paranoia, you live six times.

Paranoia created controversy simply by being created. It took the traditional RPG tropes of cooperation, problem-solving and epic adventures against evil and turned them on their heads. Paranoia uses competition, problem-blaming and confusing missions against whatever you were told was evil: a villain, a convenient patsy or evidence of government corruption. Above all else, Paranoia is a roleplaying game that knows it should be fun and entertaining, so it focuses on those and not silly things like plausibility or internal consistency.

You can support the game by sharing the news with the aid of the computer to your friends in the complex.

If you can back the project to the tune of 25 Brexit bucks, you’ll be rewarded with a PDF copy of the Perfect Edition.

Stepping up to £45, and with free worldwide shipping, there’s the hardback edition and the PDF on offer.

There’s more than one book being funded here, though, and at £50, supporters will get the Perfect Accomplice Book and the Paranoia Perfect Edition rules in digital.

However, the most popular tier currently is £85, which offers up both hardback and PDF editions of both books.

There are higher tiers; £125 adds in dice, treason cards and a softback of Puppet Strings, while the limited edition £400 tier includes a gaming session with WJ.

The PDFs are due in March 2023, and the estimated delivery of the hardback is June. 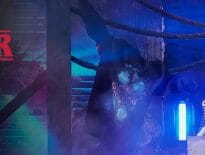