The title of this blog post is “Great British Bake Off artist helps Zavvi with Stranger Things Day”, and it’s all true but let’s back off a bit.

Netflix says that companies such as Walmart, Target, Amazon, Lush, and even Carrefour are participating. So is the new official Netflix shop. I like this “that’s no Christmas – that’s a Demogorgon – glossy mug.

The Great British Bake Off connection comes via the talented artist Alex Hovey. If you pop over to Hovey’s site, you’ll get some amazing Star Wars art today, among a host of mindblowing greatness. It’s Studio Hovey, his company, that’s produced illustrations for Channel 4’s TV show.

UK Geeky retailer Zavvi is taking part in Stranger Things Day too, and they teamed up with Hovey for their Stranger Things official merch. You can grab them now, but I don’t know how long it’ll be around.

There are t-shirts, sweaters, denim jackets (which feel very Stranger to me) and even a new range of Stranger Things Akedo shoes.

Is Stranger Things big enough to have a whole day to itself? That’s unclear. May the 4th is absolutely Star Wars Day, but Stranger Things isn’t that sized yet, despite scoring over 780,000,000 hours viewed by season four in the first three weeks alone.

In the meantime, we don’t need to worry whether Netflix is ambitious in trying to do a Stranger Things Day or whether the retail giants get to battle over exclusives. We get to eye Stranger Things backpacks, chairs and stake decks in the shopping season ahead of Christmas and wonder whether we’re tempted! 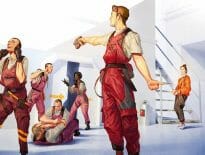 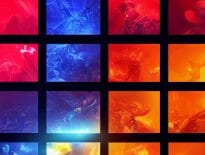