You are here: Home / TV / Anime / Cucumber horses: A review of Garden of Remembrance

I was lucky enough to catch the world premiere of Naoko Yamada’s Garden of Remembrance at Scotland Loves Anime (Edinburgh).

It’s only a 20-minute-long animation, but it weighs heavier than that, in a good way.

We start with a woman snoozing her smartphone’s alarm clock (we’ve all done that), finally getting up, washing and making breakfast. The fried egg slides off the toast (we’ve all had that). The pattern repeats, repeats.

At this point, Lovely Summer-Chan’s music is mellow. An audience member asks in the Q&A with Naoko afterwards whether this is inspired by looping anime on YouTube. Still, the director isn’t aware of the trend.

As the music increases in tempo, our cute heroine’s routine expands to include more action. We’ve coffee swirls, the occasional glimpse of another woman and most of all – we have emojis.

Naoko Yamada might have waved off the suggestion Garden of Remembrance has YouTube connections but I think it’s made for the platform. It’s a rewatch-and-learn-something anime. It’s too long to run before a feature-length, too short to run by itself, and it worked for Scotland Loves ANime only because we had Naoko Yamada for Q&A.

Naoko Yamada is known for hits like Liz and the Blue Bird, A Silent Voice and perhaps K-On! most of all. She’s a charismatic talent, and I now know about a dangerous trip to London in which Marmite was mistaken for Nutella. Can you imagine the shock?

While Yamada’s story brings to life the fantastic characters, Lovely Summer-Chan’s lyrics eventually mention cucumber horses. That’s a WTF moment for western audiences, but as the video’s translator and long-time Scotland Loves Anime guest Jonathan Clements points out, it is a moment of truth for a Japanese audience.

Cucumber horses are made for the Obon Festival, along with eggplant cows, so that the spirits of the dead can ride.

It’s not a spoiler, but Garden of Remembrance is a story of someone who’s not with our hero anymore but is remembered.

Garden of Remembrance is only 20 minutes, and two minutes in, you’ll be forgiven for wondering what you’ve let yourself in for and whether you can predict the remaining 18 minutes.

There will be delights, bittersweet delights, but touching and meaningful. It’s 20 minutes worth giving to the anime.

Garden of Remembrance is short but worth it. See it if you can.

Cucumber horses: A review of Garden of Remembrance 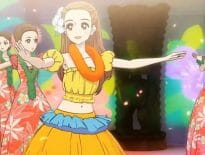 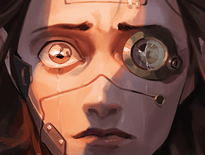