Rock Manor Games is looking to expand their Maximum Apocalypse RPG with The Few and Cursed.

The Maximum Apocalypse now has a Pay What You Want (PWYW) quickstart with $1 suggested, and the larger The Few and Cursed quickstart costs $2. Either might be worth checking out, as there are over two weeks left to back the weird west of the Few and Cursed RPG.

You don’t need the Maximum Apocalypse core rules to play this game as The Few and Cursed is a self-contained RPG.

It’s a setting in which the world is without water, a supernatural apocalypse having whisked it away and in which characters are survivors.

The monsters in the setting are mutants; people twisted into evil terrors through dark packs and greed.

Based on the comic book series by Felipe Cagno and Fabiano Neves, the RPG aims to be full colour, 150 pages, and to bring the setting to life.

The Few and Cursed: The Roleplaying Game is a level-less game, meaning that characters don’t level up at certain thresholds. Instead, they gain XP as they progress through the scenarios created by the Trailmaster (GM) and they use that experience to “purchase” character improvements, like gaining skill proficiencies, new special abilities, improving stats, etc. The development of the character is determined by the player, allowing each character to become more and more unique as time goes on.

A pledge of $2 gets you into the pledge manager, which means you can bag some exclusives.

With stretch goals, the digital edition of the Few and Cursed RPG unlocks for backers at $20.

With an offering of international shipping, to be calculated later, the $29 tier adds in the softcover core rules.

$45 reverts to digital but includes the Maximum Apocalypse core rules and Monster Manual. The original is entirely contemporary and supports many different apocalypses, whereas the Few and Cursed is strictly a weird west setting.

Or, a hardcore option, but still with softbacks, is the $79 complete bundle. This is a popular option suggesting not only are people discovering Rock Manor’s system through this Kickstarter but that they like what they see.

The estimated delivery is May 2023 for the digital editions and August for the print. 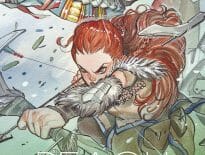 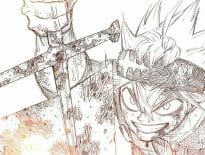