You are here: Home / TV / Anime / The Iceblade Sorcerer Shall Rule the World will come to Crunchyroll

Crunchyroll will air The Iceblade Sorcerer Shall Rule the World in January and have an English-subtitled trailer to warm us up.

The series is based on the novel by Norihito Sasaki, a story that has only been running since 2020.

Studio Cloud Hearts are making the series, which was mentioned at NYCC this year, and Masahiro Takata will direct.

Kodansha USA have the English novel license and describes the story;

The Iceblade Sorcerer is hailed as the most powerful sorcerer in the world. The one who inherited this title, Ray White, struggles to deal with his own immense power. After fighting in the Far East War, his last accomplishment, he vanished from the battlefield along with a deeply scarred psyche. Three years have passed since then, and Ray has enrolled at the Arnold Academy of Magic, a school attended by elite sorcerers from around the world.

Ray is the first “Ordinary” to attend this academy since it was founded, so he’s greeted by looks of scorn and contempt from its noble-born students. And now, he and the priceless friends he has found there are about to become entangled in multiple schemes. So begins the story of the most powerful sorcerer’s school life filled with both friendship and hardship.

The Iceblade Sorcerer Shall Rule the World will come to Crunchyroll 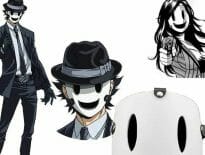 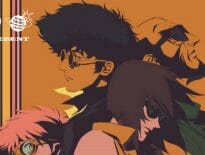