Mana Project Studio has already released a playtest document for the forthcoming Cowboy Bebop RPG but today they’ve gone one further. The Cowboy Bebop quickstart is out.

The guide starts by describing the world;

The Solar System of Cowboy Bebop is a multicultural frontier land, at the same time reminiscent of some Western movies and San Francisco in the 70s, but it is also a Solar System where bounty hunters move around using the Astral Gates, after an accident destroyed the Moon and forced humanity to almost completely abandon the Earth’s surface.

We can see glimpses of Mars, Venus, Jupiter’s moons and the many space stations, but we will never have a complete view of what it means to inhabit this Solar System in 2071. For this reason, storytellers have at their disposal a series of cues and tools to build and describe their own places: questionable bars, glitzy casinos, Red Dragon buildings, ISSP stations.

The PDF looks at the foundations of the fiction such as ‘Death is always dramatic, never accidental’, how to play characters (like stolen cars), safety techniques, bounty hunters, tests, clocks, memories and bullets from the mechanics.

There’s a Kickstarter coming and it has over 3,500 watchers so far.

Mana, who are working with Fumble and Don’t Panic Games who did tabletop games for Attack on Titan, Tokyo Ghoul and Naruto, describe the show;

Cowboy Bebop (カウボーイビバップ Kaubōi Bibappu) is a Japanese animated television series, movie, and other media created by Shinichiro Watanabe. Set in 2071 and centered on the adventures of a gang of bounty hunters in space, the story delves into the unresolved issues of the protagonists’ past, exploring concepts such as existentialism, boredom, loneliness, and the influence of the past. 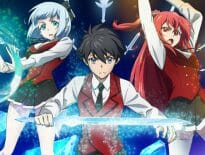 Anime The Iceblade Sorcerer Shall Rule the World will co… 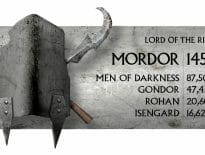