The official game is coming to Kickstarter next week. It’ll be big as there are already 11,297 people following the campaign who will get an alert when it launches.

It’s not a case of “if” there are early birds, as there will be a free “Head of Light Entertainment Sash” for anyone who backs in the first 48. However, a sell-out is on the cards if there are additional number-limited tiers, such as deluxe versions.

There are going to be at least four different versions we know about;

The RPG was announced in September, with the creative team asking Why not?.

The RPG announced a GM screen (a Head of Light Entertainment Screen) and custom dice. The dice have been previewed and the iconic Monty Python squishing foot is an icon.

It’s not all been good news for Python fans this week, as it’s been revealed that 82-year-old John Cleese has accepted a show at the hate-filled GB news. However, he also admitted he didn’t know who they were and was told they’re a free speech channel.

It’s hard to imagine Python-era Cleese having anything but contempt for the dangerous broadcaster. It’s unlikely that the disappointment around the comedian will hit the Kickstarter’s success too severely, but it’s certainly made this geek undecided.

The 200,000 goal on kickstarter was reached in less than an hour. I think there are a lot of people interested and excited for this! It’s brilliant and don’t bash it till you try it. It’s not a “monty python role playing game” where people quote monty python and try to be funny. It’s much deeper and smarter than that. 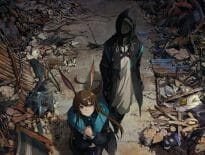 Anime Arknights launch the Prelude to Dawn this month 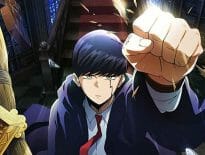