You are here: Home / TV / Anime / Arknights launch the Prelude to Dawn this month

Prelude to Dawn, an anime adaption of Arknights, will premiere on the 28th.

It’s based on the smartphone RPG/tower defense of the same name, which was brought from China by Yostar to the world.

The anime adapts the game’s Act 0: Hour of an Awakening story arc.

The game is set in Terra’s dystopian, post-apocalyptic future environment. It’s a world where individuals have kemonomimi traits – animal or legendary racial qualities. Natural calamities leave behind a precious substance called originium, which infects individuals with a progressive disease called oripathy while simultaneously allowing them to employ “Arts” (magic). Because oripathy is highly contagious and always fatal, those who have it are shunned and persecuted.

As a result, some of them create the Reunion movement, a militant group fighting against Terra’s dictatorial rulers.

The player assumes the role of the masked and amnesiac “Doctor,” who leads a squad of Rhodes Island’s “operators,” a pharmaceutical, medical, and self-defence group. As oripathy grows, Rhodes Island hunts for a solution while fighting Reunion and numerous Terran nations.

Arknights launch the Prelude to Dawn this month 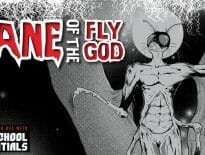 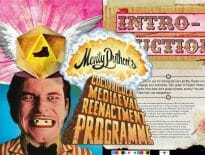