You are here: Home / Games / Tabletop & RPGs / Koriko: A Magical Year is a solo RPG about being an adorable witch taking Kickstarter by storm

Jack Harrison’s Mousehole Press has a Kickstarter hit with Koriko: A Magical Year.

It’s a solo RPG that uses tarot cards and a tower of dice to guide you through a quick year as a teenage witch. You can also play at the same time with friends running their own solo adventures in the city. You can find out more or back at Kickstarter.

The game has found a home. Mousehole Press asked for £5,000 to fund and, with more than three weeks on the clock, has secured more than £120,000 in pledges. Including one from me.

Inspired by Eiko Kadono and then Ghibli’s Kiki’s Delivery Service, Koriko is a game in which you come to an unfamiliar and titular city. There you’ll make friends, have good and bad luck and write home to sum this up at the end of the season.

As a witch, you’ll decide how to help the city’s residents with their needs and, in the end, decide whether you want to stay.

There are also optional rules to play the game as a group asynchronously, telling your individual stories in solo play and then writing letters to each other each season about your experiences. You play witches from the same town—childhood friends, awkward lovers and petty rivals. It doesn’t change much about how the game works, but it’s a fun little extra if you’ve got some friends who enjoy playing at the same pace as you.

A digital and a digital community copy is a reward for backers who can contribute £12 to the project.

The digital version is good, but Mousehole is on Kickstarter to make a physical book. Backers at £28 will get an A5 hardback and digital copies (one for the community) with shipping to work out.

Then, at £42, there’s a ‘Patron’ tier with the hardback, digital, patch and postcard. There’s a higher tier for retailers as well,

The estimated delivery is September 2023, except for the digital-only tier, which is due in July.

Koriko: A Magical Year is a solo RPG about being an adorable witch taking Kickstarter by storm 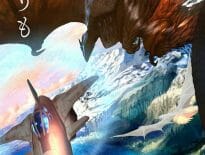 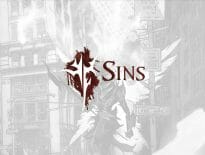