You are here: Home / TV / Anime / Gen Urobuchi’s dragon novel Eisen Fluegel is getting an anime

Eisen Fluegel will get a feature-length anime with A-1 Pictures at the helm.

Japanese anime news site Natalie and Google Translate give me this;

“Eisenflügel”, published in 2009, is a fantasy set in an era when the sky belonged to a giant winged dragon. In the Republic of Silvana, where the memories of the war with the neighboring country a few years ago are still fresh, there were those who challenged the speed of the dragons to wrest supremacy in the sky. Meanwhile, Karl Schnitz, a pilot with exceptional piloting ability, drives the world’s first jet engine-equipped aircraft, Blitzvogel, and flies at a speed exceeding that of the dragon, Kaiser Drache. Challenge unexplored territory.

I don’t imagine the deal-finding-anime-hunting widget will have much luck, but I’ve added the code anyway!

Anime News Network has translated or found an English comment from Gen Urobuchi on the deal.

Once upon a time, there was an eroge company called NITRO PLUS.

A chance offer for a theatrical animation project fell into their laps, so the scriptwriter submitted a proposal about a competition in a faraway world between a dragon and a jet to determine which held true superiority of the skies. The president of the company demanded that the scriptwriter transform their proposal into a one-cours anime project. And so the scriptwriter panicked and scrambled to add more content to the proposal.

But time passed and not a word was herd about the project again. Eventually, it passed from memory.
Some time later, the scriptwriter, who had become associated with Gagaga Bunko, recalled an idea he had mothballed long ago. Inspired, he reworked the proposal, which had long sat neglected, into a two-volume novel.

Not long after, Aniplex offered the scriptwriter a chance to make his revived work into a film. And so, after nearly twenty years, Eisen Flügel can finally become the feature film it was always destined to be.
And they all lived happily ever after.

Gen Urobuchi’s dragon novel Eisen Fluegel is getting an anime 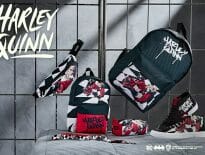 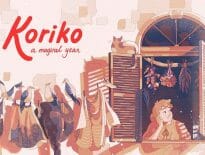