You are here: Home / TV / Anime / Get to know the new NieR:Automata anime coming next year

Aniplex will give us a TV anime adaptation of Square Enix and Platinum Spaces’ NieR:Automata in January next year.

There are a few videos for NieR:Automata Ver1.1a. already. The first is over eight minutes long, and introduces characters, cast and behind-the-scenes chat.

Animated adaptation of NieR: Automata (2017), where a long-running war on post-apocalyptic Earth between androids and machines soon unveils the truth of the world.

If you just want to see the character intros, each one is about 30 seconds long and can be found below.

NieR:Automata tells the story of androids 2B, 9S and A2 and their battle to reclaim the machine-driven dystopia overrun by powerful machines.

Humanity has been driven from the Earth by mechanical beings from another world. In a final effort to take back the planet, the human resistance sends a force of android soldiers to destroy the invaders. Now, a war between machines and androids rages on… A war that could soon unveil a long-forgotten truth of the world.

Cavia, no longer with us, was the studio that developed the RPG and its since gone on to great success. The iOS and Android versions launched only last year.

Get to know the new NieR:Automata anime coming next year 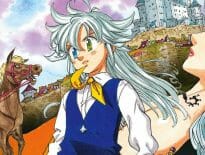 Anime Take an anime trip to Edinburgh with The Seven Dea… 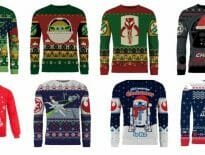