You are here: Home / TV / Anime / Take an anime trip to Edinburgh with The Seven Deadly Sins

The smash hit The Seven Deadly Sins is getting a sequel based in their fantasy version of Edinburgh. It follows the son of the hero Meliodas, Tristan, with a time jump.

Yuuki Kaji will reprise his role as Meliodas from the main series. Meliodas’ son Tristan will be voiced as a boy by Mikako Komatsu, and as a teenager by Ayumu Murase. Sora Amamiya as Elizabeth, Jun Fukuyama as King, Aoi Yki as Diane, Tatsuhisa Suzuki as Ban, and Yuuhei Takagi as Gowther are among the returning cast members.

Grudge of Edinburgh is a two part series/movie that IMDB describes as;

Tristan inherits the power of the Goddess Clan and can heal people’s wounds and injuries, but he often ends up hurting others due to his inability to control his Demon Clan power. To protect his family, Tristan heads to Edinburgh Castle and meets a host of new friends along the way.

The first trailer had mixed responses on YouTube as fans debated the change of art style.

The animation is directed by Bob Shirahata, with Noriyuki Abe serving as supervising director. The project’s story is written by Rintarou Ikeda, and Alfred Imageworks and Marvy Jack do the animation. The music is composed by Kohta Yamamoto and Hiroyuki Sawano.

The Seven Deadly Sins manga was first published in Kodansha’s Weekly Shonen Magazine in 2012 and completed in March 2020. In May 2020, Kodansha released the manga’s 41st and final volume. The manga is being published digitally and in print by Kodansha USA Publishing. Crunchyroll published new chapters as they were released in Japan.

Take an anime trip to Edinburgh with The Seven Deadly Sins 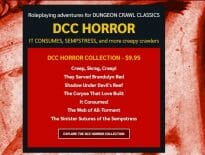 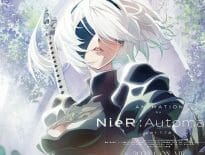