Usually, when you send out scouts, you do not expect them to return 1, 055 days later with a catch-up report.

So, safely irregular then!

The purpose of this column is to be home to mini-reviews for anime shows as they progress. Each show gets two or three paragraphs, at the most, and a status report.

Got tips of your own? These are incredibly helpful as the number of streaming platforms increase and companies like Netflix invest even more into anime. Let us know what you’re watching in the comments below.

I wasn’t sure what to make of Twin Star Exorcists in the early episodes. It could have been many things from fan service or soppy to some pretty standard shonen.

It’s shonen, I’m sure, but has a range of varied and imaginative characters and will likely appeal to most western demographics.

The young exorcist friends face some pretty grim situations and explore some dark secrets, but for the most part, this is an action anime. Sadly, however, it seems to be without resolution as episode 50 comes around. There’s an end to the arc, but no real clarity on whether the prophecy the opening chapters make so much about comes true.

What a marathon! I enjoyed it, but there are a few significant complaints, so let’s start with those.

There’s too much filler towards the end. There are dozens of episodes of flashbacks and what-ifs that I really struggled to get into, and I don’t think it progressed the story at all.

Who cares about the villain? As our heroes improve in powers and abilities the baddies kept on needing to level up as well. In the end, perhaps intended as a dramatic surprise, we’re given a baddie that we’ve no reason for caring about. Where did they even come from?

On the plus side, there’s some significant plot developments and character death. Don’t call this writing team’s bluff. The final episodes are as epic as this titan of a series deserves.

Oh, and that question – ‘Where did they even come from?’ – is explored in a literal way in the sequel.

Status: You’ve made it this far, keep watching.
Where: Crunchyroll | Amazon
(Episodes 473-486 due out to DVD in the UK next month)

Durarara!! is a clever story and incredibly well put together show. It works in layers and twists. These intricately build up, weave together, and build something stronger than any individual strand could be.

There is slice of life drama, superheroes, supernatural and even street gang crises.

Dark and broody colours, detailed animation and a robust soundscape. There’s no doubt that Durarara!! is for the refined storyteller. This isn’t an anime you watch for explosions, cheesecake or beefcake. You watch this because some fantastic stories would be impossible to tell in film.

Status: Superb, watch if you can.
Where: Hulu | (removed from Netflix UK)

H2O: Footprints in the Sand

Cleverly realised characters with realistic concerns and fears. The anime begins by slowly and gently intertwining events and people.

I was in the wrong mood entirely.

I know three episodes is a bit early to give up on an anime, and I note the beautiful scenery and precise voice acting but H2O: Footprints in the Sand didn’t grab me. It was gearing up to be a gentle slice of life, and that’s not what I wanted.

Status: Dropped, not for me.
Where: Crunchyroll | Amazon

This was brilliant, why wasn’t there more God Eater?

We’ve a ruined Earth infested by monsters that devour everything and which are incredibly powerful. Mankind has invested so much into powerful weapons and super soldiers to fight back, but we’re barely making a scratch.

The planet is on the brink of ruin. The monsters have nearly won.

At the same time, the characters are interesting. Encounters feel real and considered. There’s jeopardy, and there’s hope. Friendly people do bad things. Bad people make a positive impact on the greater good.

That’s our catch up with five anime titles for this Irregular Reconnaissance: Anime. Will there be another one thousand days until the next write up? Who’s to say.

Disagree with any of the mini-reviews shared in this article? Let’s hear about it in the comments below. 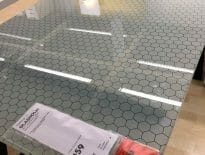 Geek Stuff D&D players discover that IKEA are selling a … 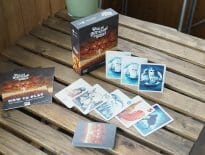