You are here: Home / TV / Anime / Mob Psycho 100 III is out this week, and here’s the primary trailer

Fans have been waiting a while for the return of Mob. He’s back this week, with the show airing in Japan late on the 5th and Crunchyroll bringing it to us on the 6th.

Season three sees Takahiro Hasui step up as the director.

Mob Psycho III had much to live up to as it was written by ONE, the mangaka behind One-Punch Man. There have been 16 volumes of content in Japan, and the most recent anime dates back to 2019.

Crunchyroll has the show and describes it;

Kageyama Shigeo, a.k.a. “Mob,” is a boy who has trouble expressing himself, but who happens to be a powerful esper. Mob is determined to live a normal life and keeps his ESP suppressed, but when his emotions surge to a level of 100%, something terrible happens to him! As he’s surrounded by false espers, evil spirits, and mysterious organizations, what will Mob think? What choices will he make? The anime based on the original story by ONE, the idol of the webcomic world and creator of One-Punch Man, is coming your way with animation by leading animation studio Bones!

Mob Psycho 100 III is out this week, and here’s the primary trailer 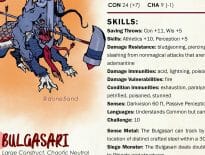 Tabletop & RPGs The Bulgasari from Korean mythology is a perfect b… 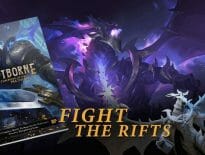