In Romantic Killer, a magic potato messes with a geek’s life. She’s thrust into a world where romance is on the cards, whether she was looking for it or not.

The trailer makes it clear our hero is no wallflower. She kicks ass, and it just so happens she’d rather spend the night in and on her gaming console. Yeah, me too!

Netflix describes her and the series as;

A “non-heroine type” high school girl is thrown into a situation like something straight out of a dating simulation game! This slapstick adolescent romantic comedy follows the romance-averse Anzu.

When does Romantic Killer start on Netflix? October 27th, as the new promo poster makes clear. 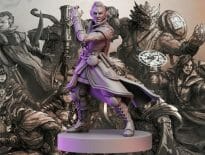 Tabletop & RPGs Dark Dice – The Miniature Range: What do whe… 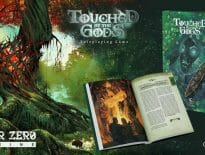