Will Chainsaw Man live up to the hype? I suspect so, as the body count looks to be darkly impressive.

Crunchyroll will be streaming the series, and if you’re not a fan of subtitles, you can now sample the dubbed version with this new trailer.

English won’t be the only dub, it’s just the one we have now, as we’re expecting the show to air in Latin American Spanish, Brazilian Portuguese, French and German.

When does Chainsaw Man start? It’ll hit the airwaves on October 12th.

MAPPA are at the helm, with Ryu Nakayama directing Fujimoto Tatsuki’s work. Crunchyroll puts all that work into a quick synopsis;

Denji is a teenage boy living with a Chainsaw Devil named Pochita. Due to the debt his father left behind, he has been living a rock-bottom life while repaying his debt by harvesting devil corpses with Pochita.

One day, Denji is betrayed and killed. As his consciousness fades, he makes a contract with Pochita and gets revived as “Chainsaw Man”–a man with a devil’s heart.

MAPPA also have a new September 19th trailer in Japanese. 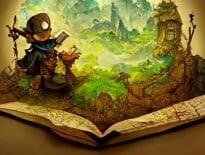 Sites Wizards of the Coast u-turn on Adventurers League … 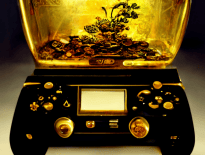