You are here: Home / TV / Anime / The Raven of the Inner Palace reveals Mysterious

The Raven of the Inner Palace is a Chinese story about a concubine who appears to some as an old crone and others as a gorgeous young lady.

The story starts with the concubine never having been summoned by the emperor. There’s mystery afoot and this second trailer makes that abundantly clear with a theme song called “Mysterious” and the English lyrics “mysteriooouus!” occasionally calling out over the action.

The Raven of the Inner Palace premieres in Japan at the start of October while also making an appearance at the Aniplex Online Fest on September 24.

The light novels ran to seven volumes, with the last coming out just this April.

BN Pictures are running the project, Chizuru Miyawaki (Gintama) is directing, and Satomi Ooshima of the amazingly good Fortune Favors Lady Nikuko on the scripts.

The Raven of the Inner Palace reveals Mysterious 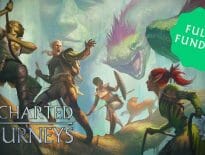 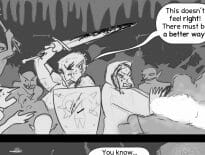